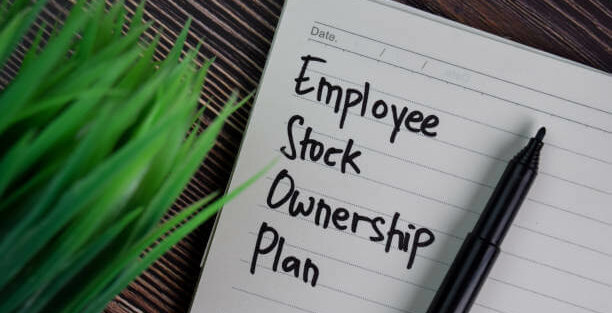 There are more than 6,000 companies owned by employee stock ownership plans (ESOPs) with nearly 14 million participants in the United States. The National Center for Employee Ownership (NCEO) reports that approximately two thirds of ESOPs are a result of succession planning efforts to exit shareholders of profitable, privately held companies. In addition to creating a plan of succession and liquidity for founders, ESOPs also generate a new retirement income stream for employee owners. ESOP ownership can provide companies and selling shareholders with tax advantages, and a means to attract and retain labor. Oftentimes, companies that have been in the ESOP structure for over 10 years (a mature ESOP) have realized significant corporate value creation due to corporate tax advantages and an employee base motivated to increase company value.

For employees, that translates to wealth creation that surpasses other traditional retirement plans. Sounds great, right? By all accounts it is. However, like everything else in life, companies change over time. Businesses evolve and adapt to changes in the competitive landscape, shifting consumer behaviors, technical innovation, philosophies on manufacturing and the placement of factories given supply chain dynamics, and the availability and location of labor, to name a few.

For ESOP-owned companies, the increase in corporate value and employee wealth creation that occurs over time creates a set of circumstances unique to the ESOP structure. For these companies, common experiences are often centered around capital demands, and the evolution and mix of employees and plan participants.

As employee participants near retirement age or leave an ESOP-owned company, those employees will seek to monetize their ESOP account value. For companies, that means there is an eventual need for capital to meet this repurchase obligation to employees. Ironically, the amount of capital needed is directly tied to the success of the business. The better the company performs, the more share value grows, thus increasing the company’s repurchase obligation.

For companies that aspire to continue to grow in the future, they need to ensure that the capital needed to fund repurchase obligations does not restrain capital needed to fund growth initiatives. Companies that intend to grow through acquisition should also consider the implications of repurchase obligations in advance, and as a result, of an acquisition. 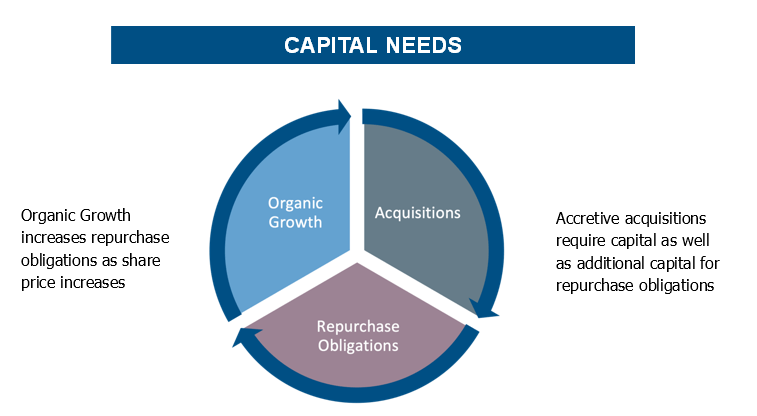 Since repurchase obligations are inherently linked to value creation, mature ESOP companies must plan for the impact of growth on capital demands and assess whether the existing structure is optimal to support, rather than inhibit, growth initiatives. Not surprisingly, having access to enough capital to support everything can become a central point of focus.

Existing ESOP structure limitations and administrative policies, particularly in the context of an S Corporation structure, can often impede the ability of a company to gain access to a broader universe of capital providers and varying types of available capital. Low access to capital can limit a company’s ability to expand current operations or consider strategic acquisitions. Ultimately, the inability to divert capital from unproductive to productive uses can place a governor on future share value.

All companies have a workforce that evolves in some way over time. For some companies, that involves the aging of a leadership team and an employee base who need to be replaced with next-generation talent. In some instances, that may separately include a greater contribution by international employees to the overall success of a business. Regardless, attracting and retaining talent to address succession is an ongoing challenge that becomes even more difficult in a tight labor market.

For mature ESOP companies, the excitement of participating in the ownership experience will likely vary demographically across the broader employee base, creating a set of circumstances unique to the ESOP structure. It is not uncommon for mature ESOP companies to eventually find themselves in a situation where the captivation of the existing ESOP structure can vary widely between employee cohorts. This is often the case when an employee base evolves, and the alignment of rewards is inconsistent with perceived contributions to value creation for the company. Additionally, the relative ownership of employee cohorts can sometimes skew the allocation of respective rewards for service.

For some companies, commonly used strategies of recycling or re-leveraging can result in a situation in which benefit levels deviate from original intentions and/or amounts optimal to support the business model or current strategy.

Properly aligning incentives and award allocations can support recruiting and retention efforts, while also ensuring benefit levels are consistent with target levels – all of which can be supported alongside other capital demands.

Companies that have been ESOP-owned for over 10 years often have evolved considerably over that period. Whether it’s competitive landscape, the demographics of the workforce, members of executive leadership, or operating lines of business, things likely look different today than they did at the onset of ESOP ownership. The capital demands unique to the ESOP ownership structure create an additional element of complexity that non-ESOP-owned competitors do not similarly face. As such, for many mature ESOP companies there comes a time with the viability of the structure in its current form should be assessed to insure it supports rather than inhibits the company’s continued growth, while continuing to provide the desired experience for employees and ESOP participants.

At ButcherJoseph, we have been at the forefront of assisting clients with identifying opportunities to optimize the highest and best use of corporate capital and bring solutions to insure the employee ownership structure continues to support, rather than inhibit, the ability to achieve corporate growth initiatives. We regularly advise ESOP-owned companies regarding their financing options and raising capital. Since 2011, we have raised over $3B in senior and subordinated debt and maintain long-standing relationships with a variety of capital providers.

If you are interested in learning more about how we can help you with addressing your needs for capital and the evolution of your ESOP ownership experience, fill out our contact us form or reach out to me directly at jeff.buettner@butcherjoseph.com or at 312-884-7371.