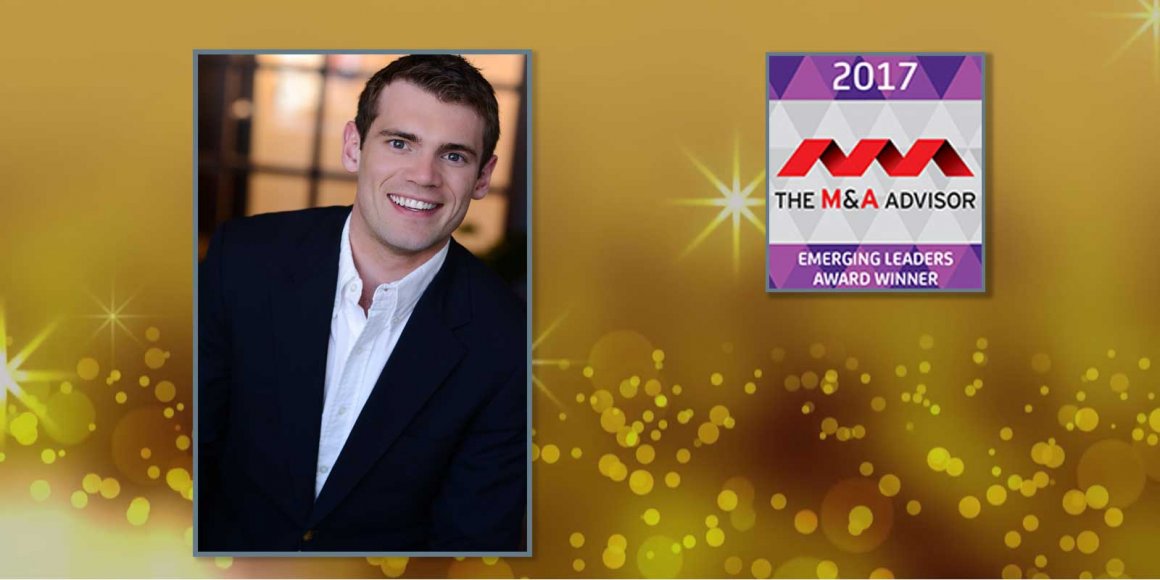 ButcherJoseph & Co. is proud to announce that Robert Reavis, Associate, was selected as a winner of The M&A Advisor Emerging Leaders Awards. Robert was chosen for his accomplishments and expertise in the industry from a pool of international nominees by an independent judging panel of distinguished business leaders.

“The Annual M&A Advisor Emerging Leaders Awards was born as the 40 Under 40 Awards in the United States in 2010 to recognize and celebrate the achievements of young M&A, Financing and Turnaround professionals who had reached a significant level of success and made a notable contribution to their industry and community. With the expansion of the Emerging Leaders program to the United Kingdom, and Europe in 2016, the 2017 US award winners join a truly global network of outstanding young professionals,” said David Fergusson, President and Co-CEO of The M&A Advisor.

On Tuesday, September 19th, The M&A Advisor will host a black-tie Awards Gala at the New York Athletic Club in Manhattan to introduce the Emerging Leaders Award Winners to the business community and celebrate their achievements. The Awards Gala is a feature of the 2017 Emerging Leaders Summit – an exclusive event pairing current and past Emerging Awards winners together with their peers and industry stalwarts.