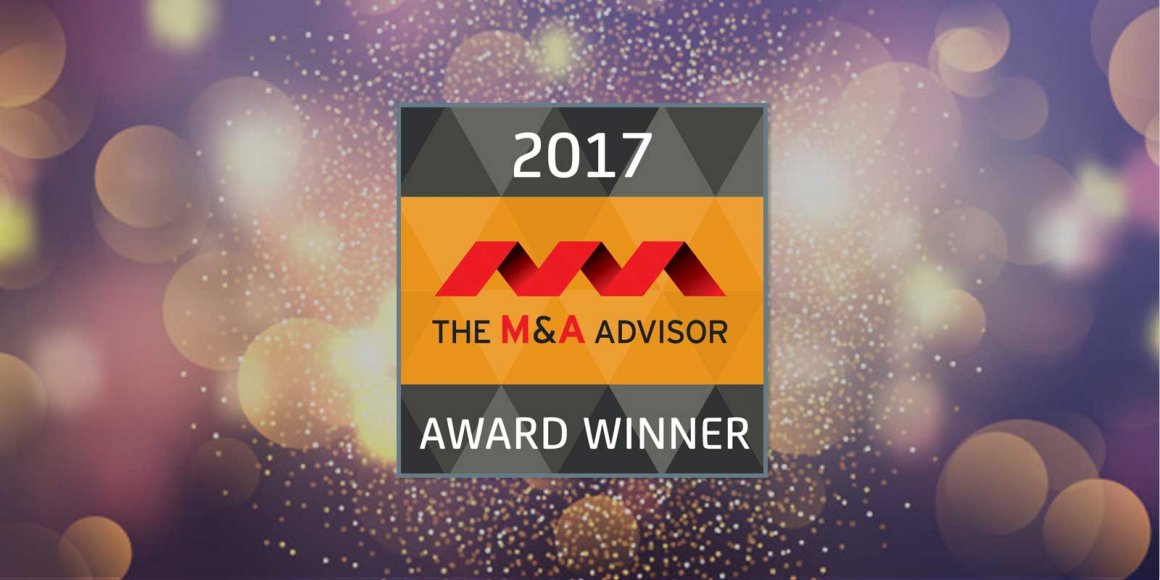 ButcherJoseph & Co. was announced as the winner of Energy Deal of the Year (under $100MM) for the sale of SFI to Tri-Point Oil & Gas Production Systems, LLC during the 16th Annual M&A Advisor Awards Gala on November 13, 2017, held at The Metropolitan Club.

“Since 2002, we have been honoring the leading M&A transactions, companies and dealmakers. It gives us great pleasure to recognize ButcherJoseph and bestow upon them our highest honor for M&A firms and professionals,” said David Fergusson, Co-CEO and President, The M&A Advisor. ButcherJoseph represents the best of the M&A industry in 2017 and earned this honor by standing out in a group of very impressive candidates.”

ButcherJoseph Managing Director Jeff Buettner commented, “We were honored to be recognized by the M&A Advisor for leading the sale of SFI (formerly, Superior Fabrication, Inc.) to Tri-Point Oil & Gas Production Systems, LLC. As the dynamics of the energy sector were rapidly changing, it was critically important for SFI to assess evolving market conditions and identifying optimal opportunities to create value for all stakeholders of the Company, including its Employee Stock Ownership Plan (ESOP) participants. We evaluated a number of capital structure and strategic alternatives and were thrilled to deliver a transaction that achieved meaningful objectives for all parties involved. We were privileged to lead the transaction and take great pride in evaluating customized solutions for all of our clients.”

About the M&A Advisor
The M&A Advisor was founded in 1998 to offer insights and intelligence on M&A activities. Over the past eighteen years, we have established the premier global network of M&A, Turnaround and Finance professionals. Today, we have the privilege of presenting, recognizing the achievements of, and facilitating connections between the industry’s top performers throughout the world with a comprehensive range of services.