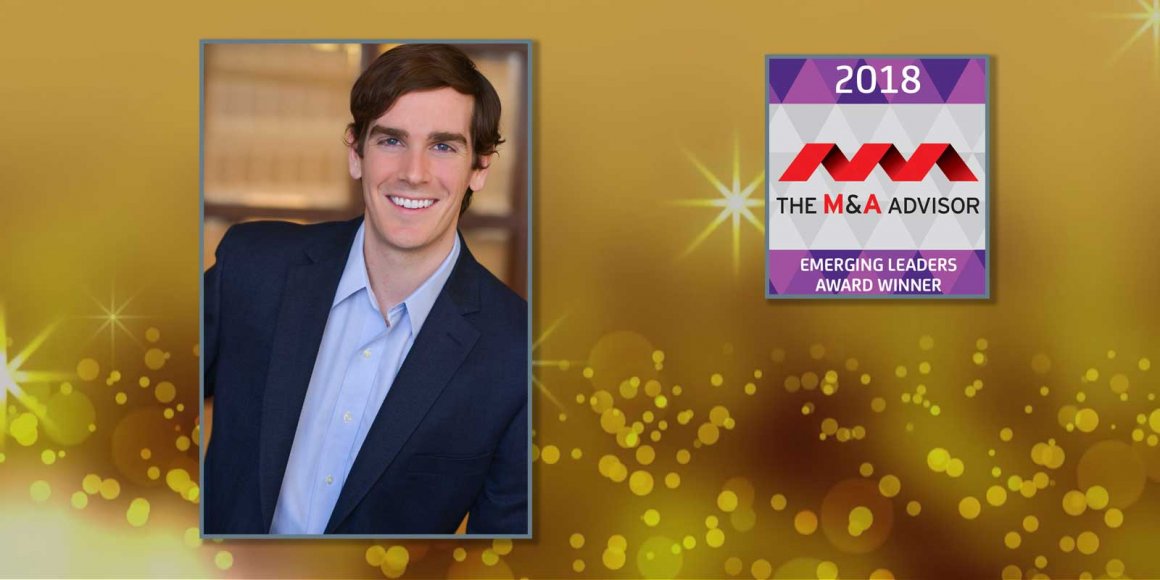 ButcherJoseph & Co. is proud to announce that Carter Smith, Associate, was selected as a winner of The M&A Advisor Emerging Leaders Awards. Carter was chosen for his accomplishments and expertise in the industry from a pool of international nominees by an independent judging panel of distinguished business leaders.

“The Annual M&A Advisor Emerging Leaders Awards was born as the 40 Under 40 Awards in the United States in 2010 to recognize and celebrate the achievements of young M&A, Financing and Turnaround professionals who had reached a significant level of success and made a notable contribution to their industry and community. With the expansion of the Emerging Leaders program to the United Kingdom, and Europe in 2016, the 2018 US award winners join a truly global network of outstanding young professionals,” said David Fergusson, President and Co-CEO of The M&A Advisor.

On Tuesday, September 18th, The M&A Advisor will host a black tie Awards Gala at the New York Athletic Club in Manhattan to introduce the Emerging Leaders Award Winners to the business community and celebrate their achievements. The Awards Gala is a feature of the 2018 Emerging Leaders Summit – an exclusive event pairing current and past Emerging Awards winners together with their peers and industry stalwarts.

ButcherJoseph personnel have received this prestigious recognition since 2014, marking 2018 as the firm’s fifth consecutive year of growing and developing the M&A industry’s most talented professionals. Past award winners include Robert Reavis, Rose Newport and Alberto del Pilar.

About The M&A Advisor
The M&A Advisor was founded in 1998 to offer insights and intelligence on M&A activities. Over the past twenty years, we have established the premier global network of M&A, Turnaround and Finance professionals. Today, we have the privilege of presenting, recognizing the achievements of, and facilitating connections between the industry’s top performers throughout the world with a comprehensive range of services.