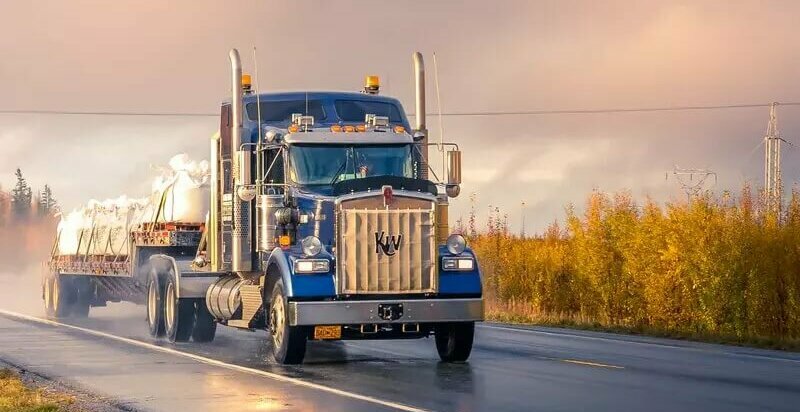 Heartland acquired 100% of the equity of Smith and related companies for a cash-free, debt-free enterprise value of approximately $170 million. Smith was an S corporation for tax purposes, and the transaction included an election under Section 338(h)(10) of the Internal Revenue Code, resulting in tax deduction benefits over periods of one to fifteen years. The purchase agreement contains customary terms and conditions. The Roaring Spring, Pennsylvania property was acquired from its owners in a separate transaction for $14 million in cash and includes both the trucking terminal and 375,000 square feet of warehouse space that is leased to tenants.

Barry Smith, Smith’s Founder and Chairman Emeritus, added, “Building Smith Transport has been my life’s work, and I could not have found a better home than Heartland for the Smith family. They offer us long-term stability and the opportunity to grow as part of an industry leader, while retaining our own culture and identity. I look forward to being part of the team to ensure a smooth transition.”

Todd Smith, Smith’s President, commented, “As an employee-owned company, our goal was to find the best value and the best home for our people for years to come. We had long thought Heartland was a great fit because of their regional presence, respect for professional drivers, and unsurpassed customer service that mirrors our own philosophies. With the ability to pay cash and invest in our headquarters, and the desire for Smith to remain an independent brand operated by the same people, the choice was clear. I’m excited to work with Mike Gerdin and the Heartland team to make this a success for everyone.”

ButcherJoseph Managing Partner Joe Strycharz commented, “We’re delighted to have been able to advise Smith Transport in a transaction that met the Company’s strategic objective to remain an independent brand operated by the same people who helped build the company and its culture. The team conducted a thorough process to identify the right buyer and negotiate terms that met the needs of the employee stakeholders involved. Like Heartland, Smith is a dynamic company driven by a commitment to excellence.  We couldn’t be happier with the outcome and look forward to the continued growth and future success of both Smith and Heartland.”

About Smith Transport
Founded in 1982, Smith Transport, Inc. is an asset-based truckload carrier headquartered in Roaring Spring, Pennsylvania, with terminal locations in Pennsylvania, Georgia, and Indiana. Smith primarily provides dry van transportation and other specialized services in the eastern United States.  Smith’s customer base includes many Fortune 500 companies including expedited transportation integrators, retailers, beverage manufacturers, and home supply companies, several of whom have been customers for over 20 years. Smith operates a fleet of approximately 850 company tractors, with an average age of less than three years, and approximately 2,000 dry van trailers. The modern fleet is not expected to require any out of cycle investment.

About Heartland Express
Heartland Express, Inc. is an irregular route truckload carrier based in North Liberty, Iowa, serving customers with shipping lanes throughout the United States. Heartland focuses on medium to short haul regional freight, offering shippers industry-leading on-time service so they can achieve their strategic goals for their customers. Since its initial public offering in 1986, Heartland has grown from approximately $20 million in revenue to one of North America’s largest, most profitable, and best capitalized truckload carriers. Heartland has been recognized 18 times by Forbes Magazine as one of the Top 200 Best Small Companies in America, 17 times as one of the Best Truckload Carriers in America by Logistics Management Magazine, and as one of America’s Most Trusted Companies by Newsweek Magazine in 2022.

About ButcherJoseph & Co.
ButcherJoseph & Co. is a boutique investment banking firm specializing in ESOPs, mergers and acquisitions, private debt & capital sourcing and valuation advisory services for middle market companies. Its industry recognized team of professionals has executed 200+ transactions exceeding $15 billion in total value. ButcherJoseph is headquartered in St. Louis with a presence in Washington, DC and offices in Chicago, Charlotte, Scottsdale, and Nashville.